Investments are made in three key areas of the energy transition

The 2016 Edition of the Landscape of Climate Finance tracks up to €32bn of climate investment in 2014. This corresponds to approximately 10% of all material investment that occured in France in 2014. From this total:

An additional €2.1bn went to the nuclear sector.

Since 2013, the stability of overall investments hides variations in end-uses

59% of investment is made by households and private companies

However, public-driven finance represented 55% of the total of investments. This includes instruments used by public institutions to support and finance private project developers.

Find below the documents related to the study: 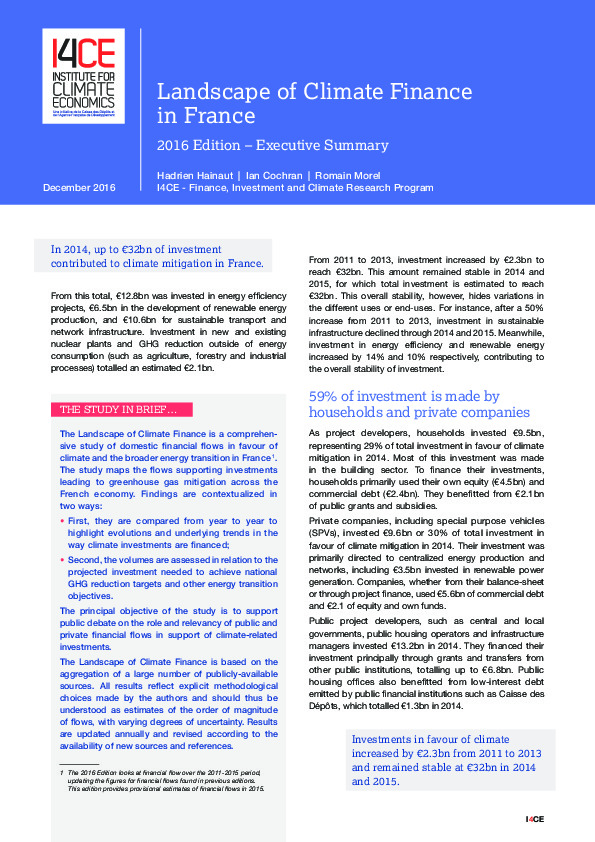