In 2021, the I4CE budget reached 3.4 million euros. It continues to grow with the development of new international activities and new local authority projects.

What is this money used for? Primarily, these funds are used to employ the experts that work for I4CE and the support staff that assist them on a daily basis: administration, communication and management. Unlike other comparable institutes or think tanks, I4CE has chosen to produce its studies with experts who are employed directly by the Institute and are developing their skills within the organisation. This approach eliminates the need to outsource experts who are volunteers, paid on a per-assignment basis or having working groups that bring together experts from other organisations.

How is I4CE funded? First of all, it is important to note that the Institute’s funders do not define our work program. It is the I4CE team that programs its activities, with the main orientations given by its Board of Directors, and that solicits the support of funders. I4CE is solely responsible for its publications, no funder validating its publications. It is very rare that I4CE responds to calls for tenders, and only when the commissioned studies are in line with the Institute’s work priorities.

In 2021, 58% of I4CE‘s funding comes from core-funders, who support I4CE‘s work as a whole rather than individual projects. Initially, the core-funders and founders of I4CE were the Caisse des Dépôts et Consignations and the Agence Française de Développement. In 2016, I4CE welcomed the addition of the Caisse de Dépôt et de Gestion du Maroc and more recently they have been joined by GRDF and the asset manager Meeschaert.

In addition to this core funding, I4CE benefits from project-based funding, which is targeted on specific projects. Many of the project-based funders have been collaborating with I4CE for many years. As a result, the institute gains visibility on its funding and is able to build a relationship of trust with its funders. However, project funders do not define the I4CE projects. The Institute conceives projects of general interest and then approaches its funders for support. I4CE rarely responds to tenders and if they do, it is only when the studies commissioned are aligned with the Institute’s work projects. 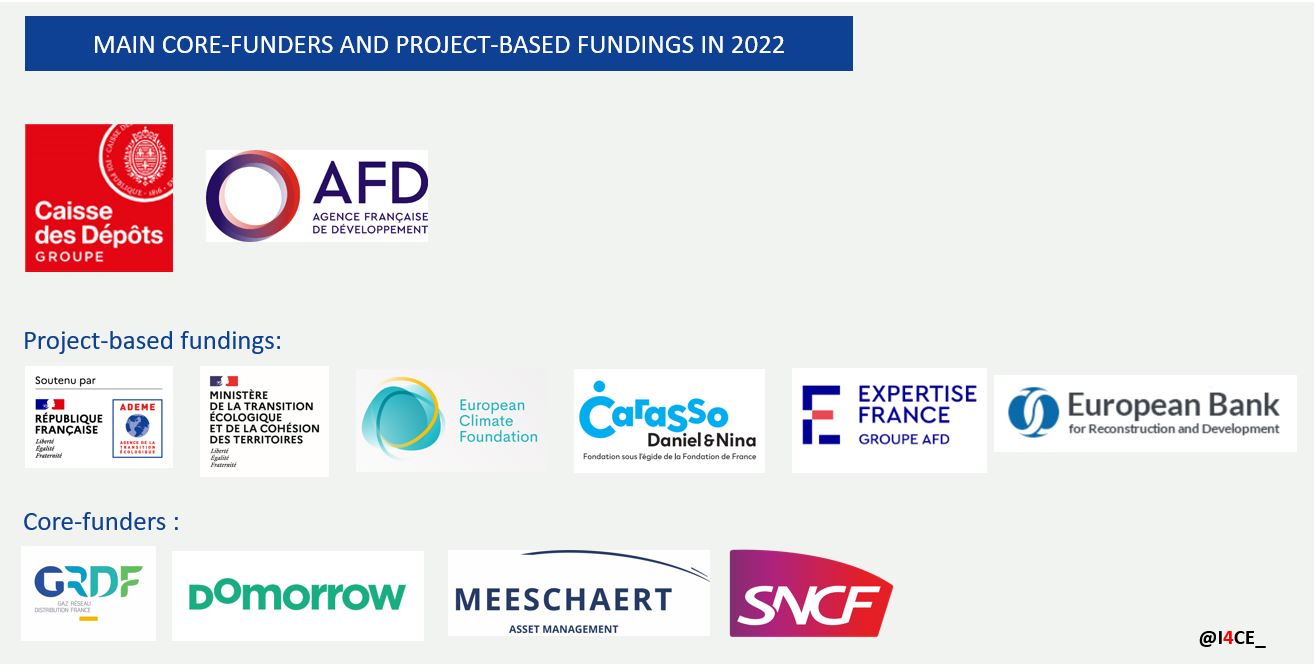 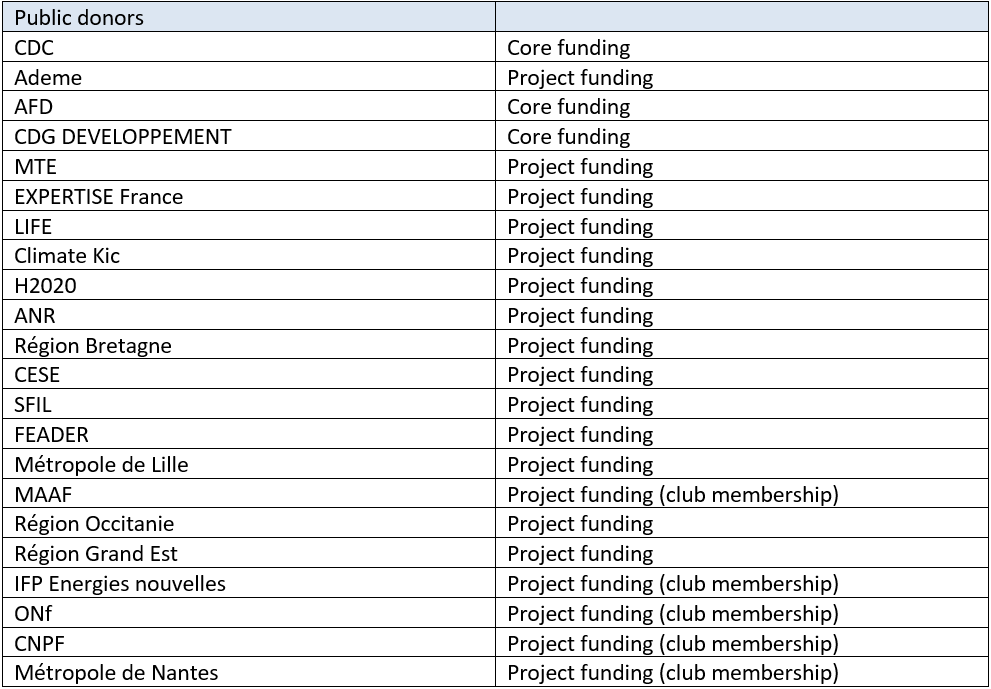 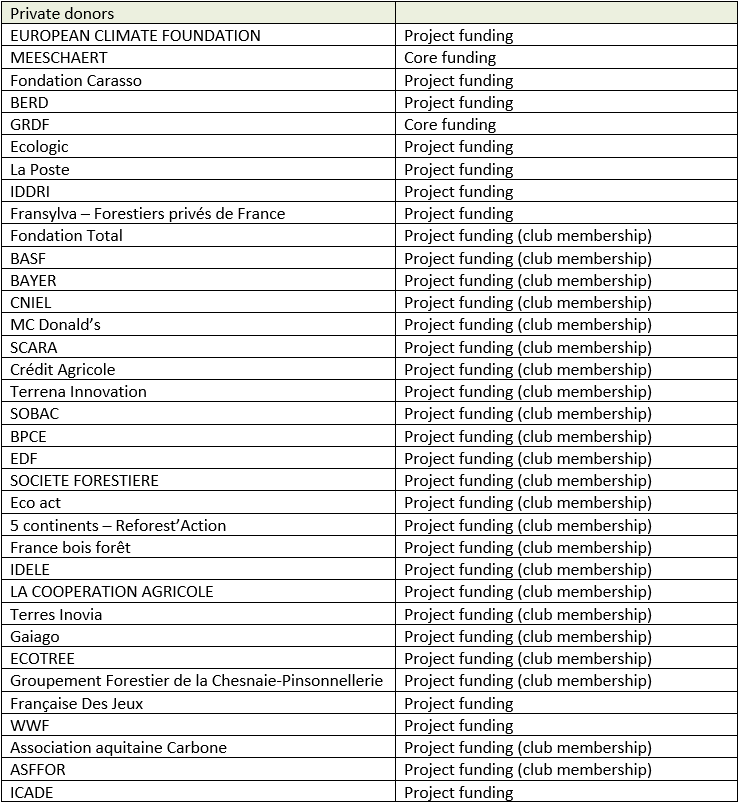 The accounts within this financial report have been certified, without reservation, by the auditing firm Ecovis, represented by Mr Magnier, as of 31 December, 2021. These accounts were presented and approved by the Board of Directors on 27 June, 2022 and approved, on the same date, by the General Assembly.
Fermer