In order to reach the objectives of the recently approved EU Climate Law, the agricultural sector has to simultaneously reduce significantly its level of emission, increase the amount of carbon it sequesters, and augment the production of biomass in substitution of fossil fuel – which are to be phased out in the short term. In this perspective, the European Commission seeks to develop specific measures in order to support carbon farming, a concept that refers to business models in the agricultural sector that contribute to reaching the above mentioned objectives. This, at a time where other key objectives have been assigned to the agricultural sector by the Farm2Fork & Biodiversity strategies in order to bring it back within a safe operating space. Against this backdrop, this policy brief lays down key design principles of a “Carbon farming scheme” that would simultaneously foster climate mitigation and be in support of the other objectives set forth by the Farm2Fork and biodiversity strategies. 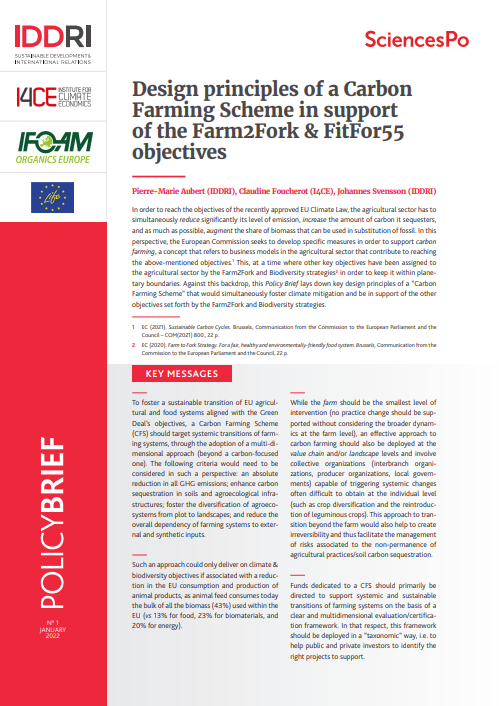