Since 1990, the Republic of Korea’s greenhouse gas (GHG) emissions have increased by 132.9% and, in 2012, amounted to 688.3 million tonnes of carbon dioxide equivalent (tCO2e) excluding LULUCF. In 2012, the majority of CO2e emissions were derived from the energy sector, responsible for 87.2% of national emissions, followed by industrial processes (7.5%) the agriculture (3.2%) and the waste sector (accounted for 2.2%).
As part of the 2009 Copenhagen Accord, the Republic of Korea pledged to reduce GHG emissions by 30% below its Business as Usual level by 2020, a goal that equates to a 4% reduction below 2005 levels.
A major step towards this goal came in April 2010, when the Framework Act on Low Carbon Green Growth (Framework Act) and the Presidential Decree promulgated thereunder came into effect. The three most important features of the Framework Act are that it:
1. sets the national GHG emission target to reduce emissions 30% below Business As Usual (BAU) levels by
2020;
2. establishes the Greenhouse Gas Target Management System (TMS), which sets emissions and energy targets
for business entities in the industrial, power generation, transportation, building, agriculture, food and waste
sectors; and;
3. provides the legal basis for an Emissions Trading Scheme (ETS).
Unlike the ETS, the TMS does not enable companies to trade credits. Penalties for non-compliance are maximum KRW 10 million (approximately US$9,100i) regardless of the level of infraction. Conversely under the ETS, companies are subject to penalties that are proportionate to the volume of GHG emissions exceeding the cap. In July 2011, the Republic of Korea announced BAU emissions levels it will use as the baseline for reducing emissions, and GHG emission reduction targets for each sector. 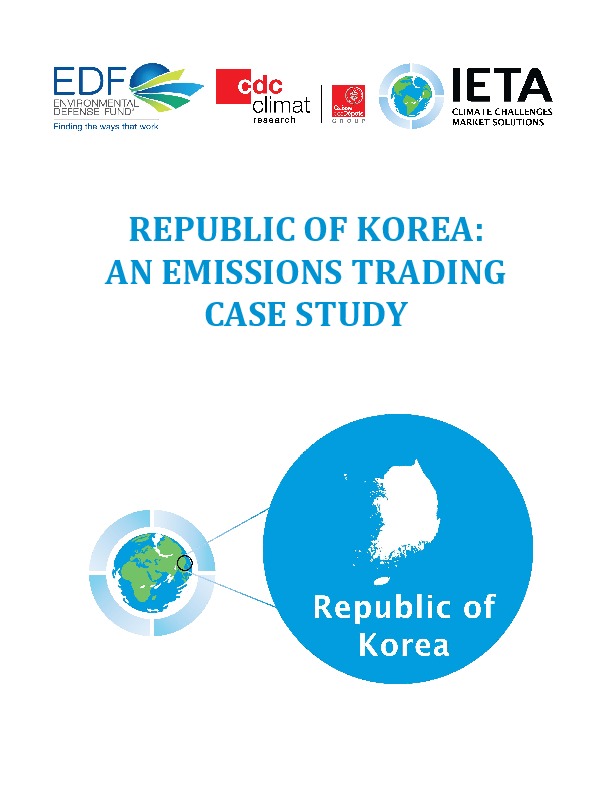