EU ETS and Kyoto credits: from an efficient use to a burst bubble

Backloading: the EU Parliament and the Council adopted the backloading proposal,respectively, on 10th December and 16th December. On 8th January, Member states agreed on rules to remove up to 900 million permits from 2014-2016.

Free allocations: on 18th December, the EU Commission adopted a first commissiondecision on free allocation of emission allowances by Member States for phase III. 23% of 2013 free allowances have been allocated.

2030 target: The EU Commission will publish on 22nd January a paper which should include and emission reduction goal for 2030 and a section on the structural reform of the EU ETS. 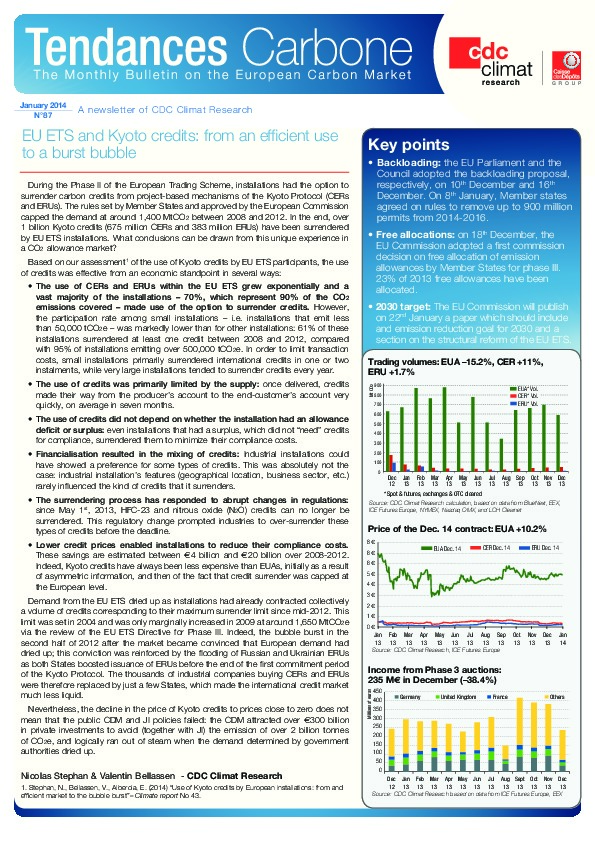 EU ETS and Kyoto credits: from an efficient use to a burst bubble pdf
To learn more See all publications
Press contact Amélie FRITZ Head of Communication and press relations Email
Subscribe to our mailing list :
I register !
Subscribe to our newsletter
Once a week, receive all the information on climate economics
I register !
Fermer