By CDC Climat Research and Enerdata

European Council of 23rd October: the conclusions show a binding target, which includes reducing GHG emissions in 2030 by 40% compared with the level in 1990, and a 27% share for renewable energy, together with an indicative energy-efficiency target of 27%.

Carbon leakage: the list of the sectors exposed to carbon leakage over the period between 2015 and 2019 was approved by the European Commission on 27th October. 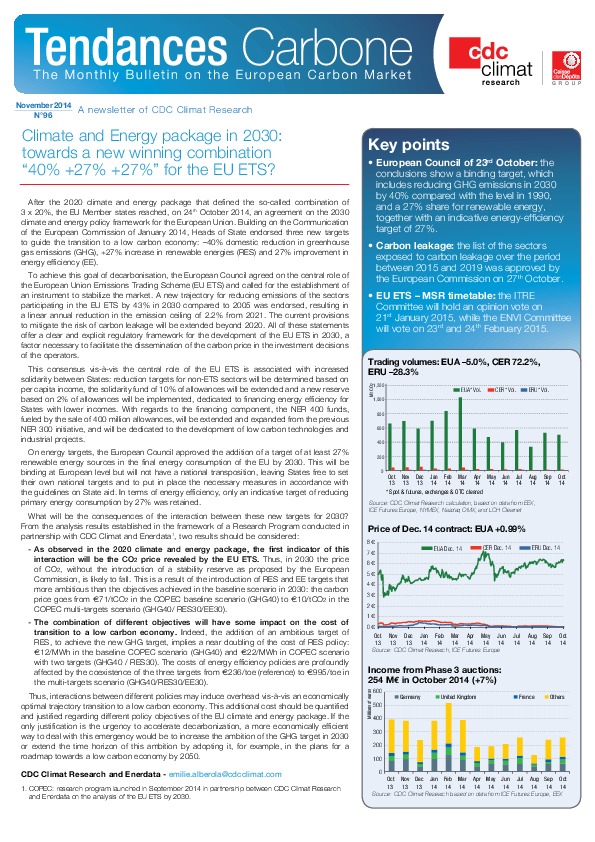 Climate and Energy package in 2030: towards a new winning combination “40% +27% +27%” for the EU ETS? pdf
To learn more See all publications
Press contact Amélie FRITZ Head of Communication and press relations Email
Subscribe to our mailing list :
I register !
Subscribe to our newsletter
Once a week, receive all the information on climate economics
I register !
Fermer