On June 18th Pascal Canfin and Alain Grandjean, in the presences of Nicolas Hulot, submitted to French President François Hollande the report of the Commission on Innovative Climate Finance over which they presided. Over three months, the Commission interviewed more than 75 global experts to develop a ‘roadmap’ for scaling-up the financing needed for a transition to a low-carbon, resilient development model.

The report presents the conclusions of the Commission and proposes to the President of the French Republic paths of action to mobilize increased public and private funding in the fight against climate change. It also forwards proposals on how the French government could advance the ‘innovative climate finance agenda’ in the various international forums in which it participates (G7, G20, IMF, OECD, etc.). The present report covers the financial instruments identified more than a decade ago as ‘innovative’ (financial transaction tax, carbon market auctions revenues, etc.). It, however, goes further to also look at the means of finding ‘innovative’ ways of using existing tools in the ‘toolboxes’ of both private and public actors to scale-up financial flows for the low-carbon economy.

Ian Cochran – Program Director, Finance, Investment and Climate at I4CE – was one of two co-reporters for this report. 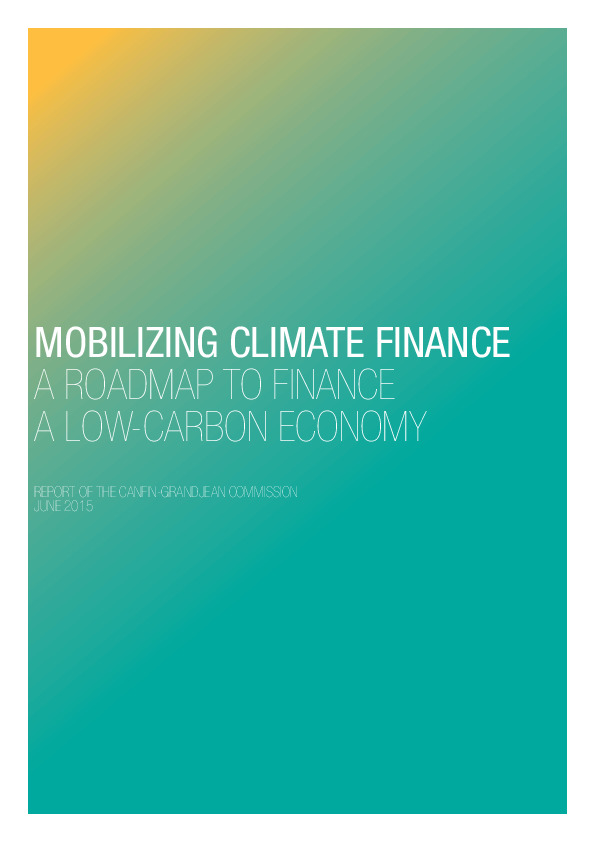 I4CE welcomes the report of the Canfin-Grandjean Presidential Commission on Innovative Climate Finance pdf
To learn more See all publications
Press contact Amélie FRITZ Head of Communication and press relations Email
Subscribe to our mailing list :
I register !
Subscribe to our newsletter
Once a week, receive all the information on climate economics
I register !
Fermer