In 2013, Alberta emitted 267 million tonnes of carbon dioxide equivalent (million tCO2e), which was the highest amount of greenhouse gases (GHG) emissions of the 13 Canadian provinces and territories.i Alberta accounted for 36.8% of Canada’s overall emissions (726 million tCO2e). Alberta has the world’s third-largest supply of proven crude oil reserves, after Saudi Arabia and Venezuela. Because of its role as a global energy supplier, Alberta has an emissions profile dominated by industrial activity and the fastest growing economy of the Canadian provinces and territories.
In 2002, the Alberta Government released an action plan outlining the province’s approach to managing GHG emissions. This action plan led to the Climate Change and Emissions Management Act (CCEMA), which was passed in 2003. CCEMA developed a mandatory emissions reporting program, established in 2004, which required all facilities in Alberta emitting over 100,000 tonnes of CO2e (tCO2e) per year to submit an annual report on their previous year’s GHG emissions. The reporting threshold was later changed in 2010 to apply to all facilities emitting more than 50,000 tCO2e in 2010. 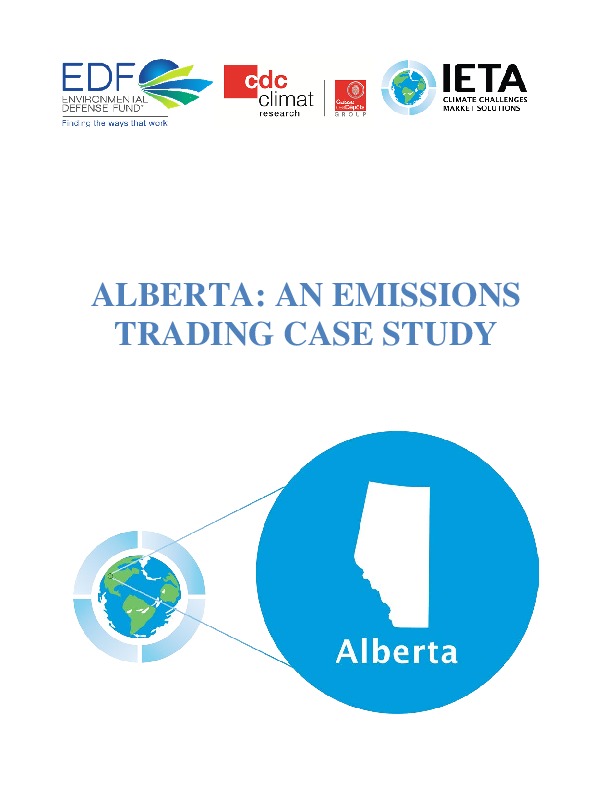 ALBERTA: AN EMISSIONS TRADING CASE STUDY pdf
To learn more See all publications
Press contact Amélie FRITZ Head of Communication and press relations Email
Subscribe to our mailing list :
I register !
Subscribe to our newsletter
Once a week, receive all the information on climate economics
I register !
Fermer