California was the world’s eight largest economy in 20141 and the second largest emitter of greenhouse gases (GHG) in the United States. In order to reduce the state’s emissions, the Global Warming Solutions Act, also known as Assembly Bill 32 (AB 32), was introduced and signed into law by Governor Arnold Schwarzenegger on 27 September, 2006. AB 32 requires the California Air Resources Board (ARB) to develop regulations which may include market mechanisms to reduce GHG emissions to 1990 levels by 2020.3 Included in the legislation was a requirement to develop a Climate Change Scoping Plan (to be updated every five years) towards achieving cost-effective GHG emission reductions by 2020.
California joined the Western Climate Initiative (WCI) in 2007 — a sub-national policy collaborative of independent jurisdictions in Canada and the United States (British Columbia, Manitoba, Ontario, Québec and California) working together to reduce GHG emissions. To date, the only WCI members that have established emissions trading systems (ETS) are California and Québec. However, Ontario recently announced its intention to launch an ETS (13 April 2015). 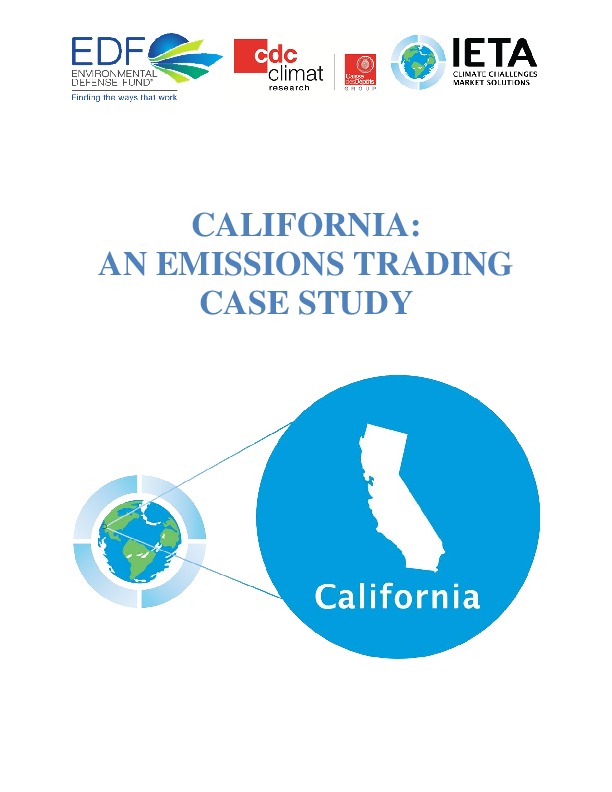 CALIFORNIA: AN EMISSIONS TRADING CASE STUDY pdf
To learn more See all publications
Press contact Amélie FRITZ Head of Communication and press relations Email
Subscribe to our mailing list :
I register !
Subscribe to our newsletter
Once a week, receive all the information on climate economics
I register !
Fermer