Joint Implementation in Russia: on track to overtake Brazil as the third largest supplier of Kyoto offsets

Bismarck’s dictum – “Russians harness their horses slowly, but ride fast” – applies well to the recent developments on the Russian Joint Implementation scene. After several years of skidding, Joint Implementation in Russia recently took off in terms of new project registrations and ERU issuances thanks to political support from President Medvedev that arrived unexpectedly in June 2011. In the light of the latest changes Russia can be expected to issue 142 million ERUs for the period of 2008- 2012, which will possibly make it the third largest supplier of Kyoto offsets after China and India. 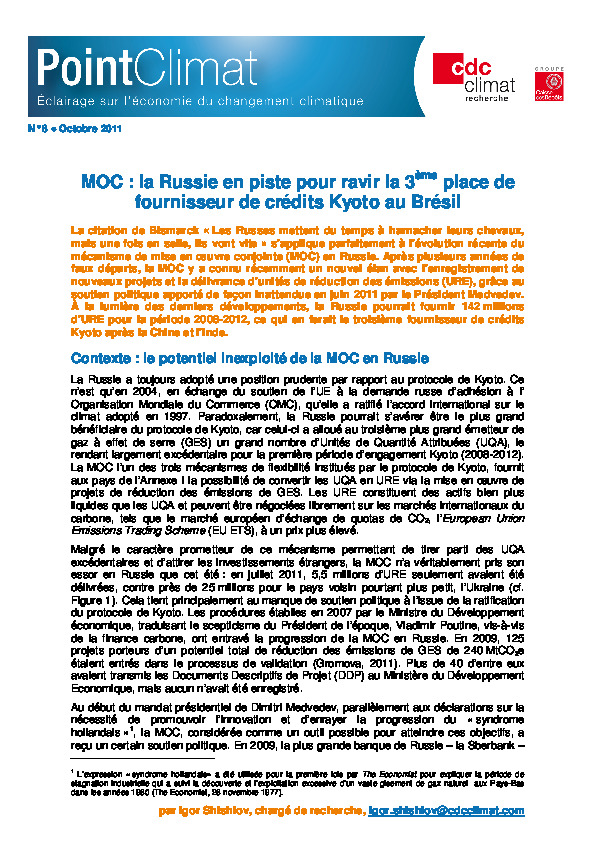 Joint Implementation in Russia: on track to overtake Brazil as the third largest supplier of Kyoto offsets
To learn more See all publications
Press contact Amélie FRITZ Head of Communication and press relations Email
Subscribe to our mailing list :
I register !
Subscribe to our newsletter
Once a week, receive all the information on climate economics
I register !
Fermer