The limitations of voluntary climate commitments from private financial actors

For several years, and particularly since COP 26, considerable time and energy has been dedicated to the subject of voluntary commitments from private financial actors. These commitments, made within the framework of international initiatives, are expected to enable private finance to be mobilized for the transition to a carbon neutral economy.

Such initiatives, however, encounter powerful structural obstacles that limit their effectiveness. While beneficial and worthy of encouragement, we cannot expect these initiatives to deliver more than they are realistically capable of achieving. Indeed, while they can accompany actors already engaged in economic transformation, they are incapable of making a more decisive contribution to the transition.

This observation leads us to call for a strong commitment from public authorities. This commitment, just like for other economic agents, will be essential to mobilize private finance to support a rapid and organized transition.

According to Mark Carney’s statements at COP 26, the Glasgow Finance Alliance for Net Zero – GFANZ, a voluntary coalition of 500 financial actors with $130 trillion in assets – was destined to be a game-changer in financing the transition to a carbon neutral economy.

But should we rely on this voluntary approach? The answer presented in this Climate Brief is no. Although useful and led by people who are truly committed to the cause, we cannot expect too much from these initiatives to mobilize private financial actors in favour of the transition, given the limited effectiveness of voluntary commitments. Conversely, an approach based on the strong commitment of public authorities seems essential.

This public commitment must be based on a wide range of instruments, including financial regulation, whose role is essential when it comes to financial actors.

The first section of this document analyses what we can realistically expect from financial actors in terms of funding the transition. The second section presents the reasons why voluntary private initiatives cannot play a decisive role, despite the impressive volume of assets managed by the actors who have made these commitments. The third section returns to the decisive role of public authorities in mobilizing private finance. 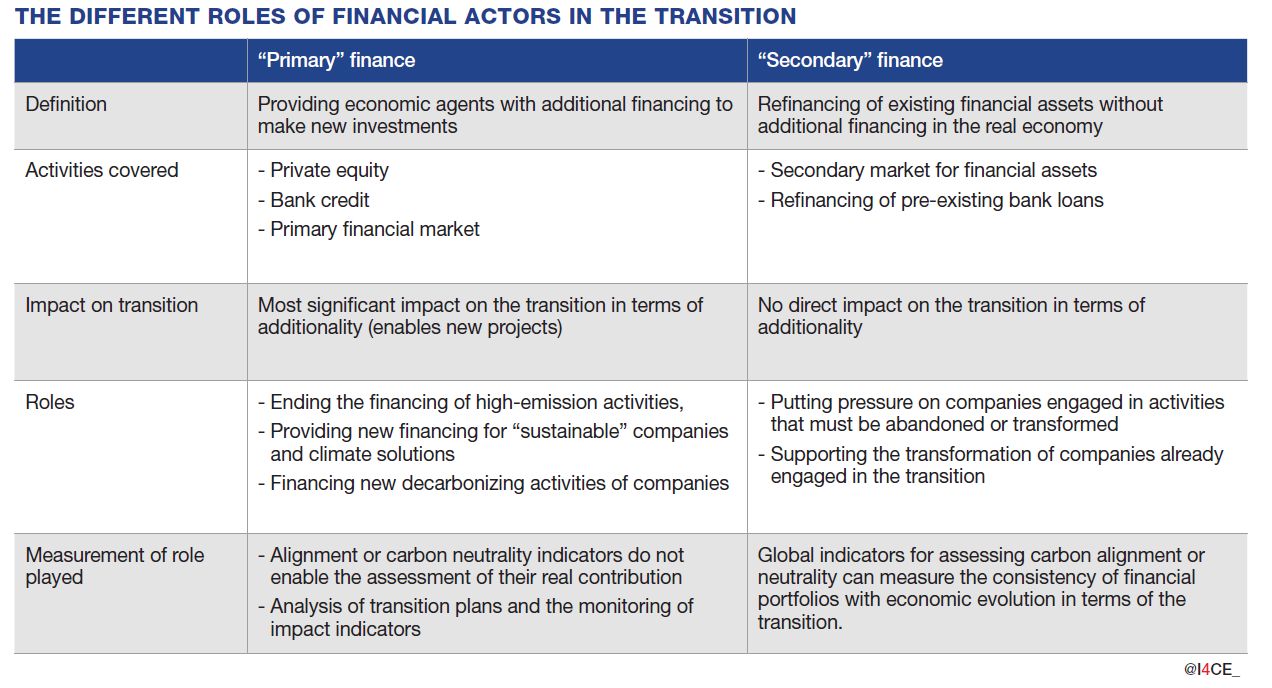 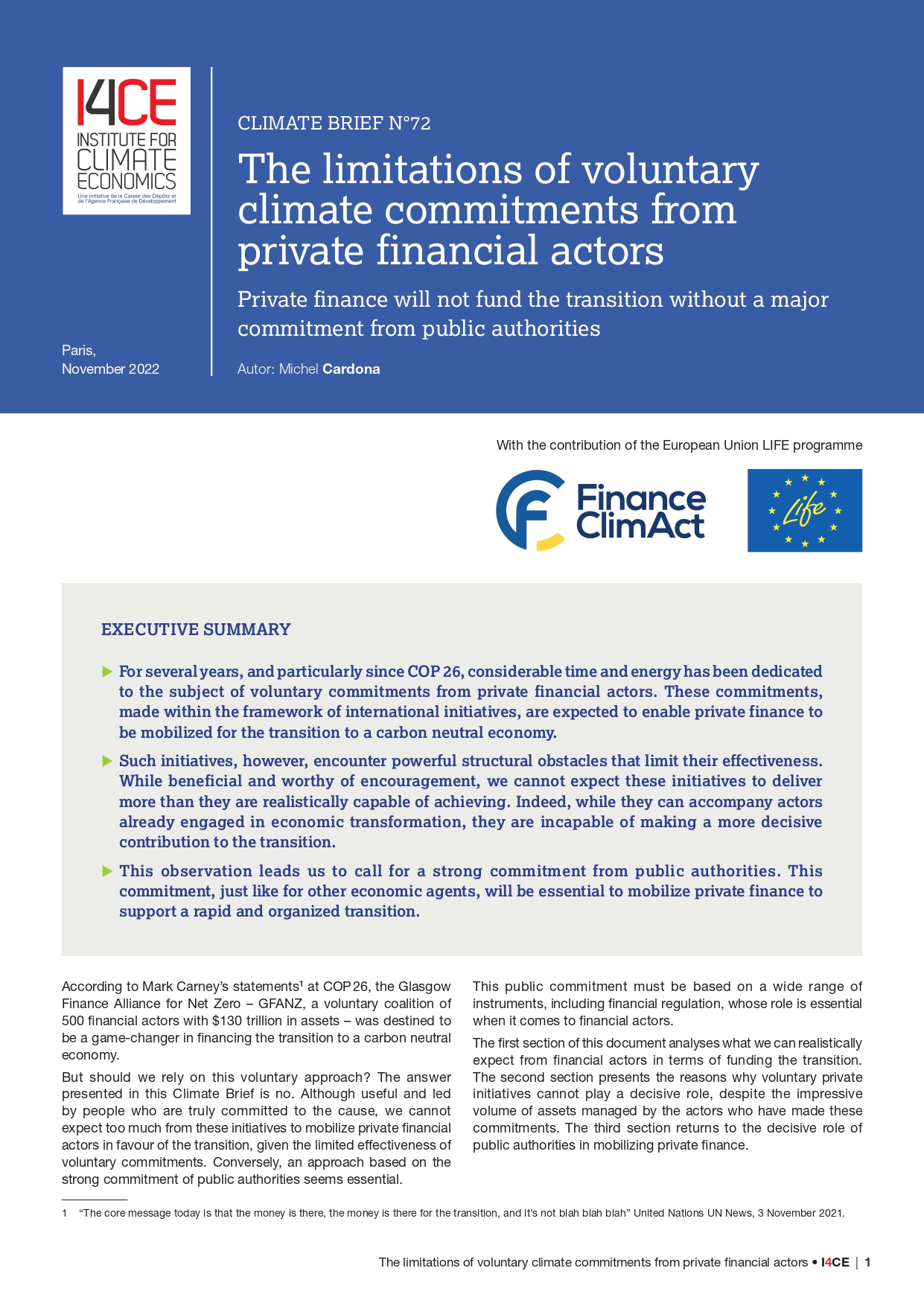