Op-ed I CAP and climate: let’s not be afraid of obligations to achieve results

In spite of its “greening” during the previous programming period, the Common Agricultural Policy has had very little impact on greenhouse gas emissions from the agricultural sector, even though they must be halved by 2050. And the CAP’s two flagship instruments on environmental issues – green payments under the first pillar, and agri-environmental and climate measures (AECM) under the second – have come in for strong criticism.

At a time when public budgets are tightening, Claudine Foucherot believes that it is urgent to use CAP funding as efficiently as possible. Behind every euro spent with a stated sustainability objective, there must be a real, quantifiable and quantified effect on the ground. One way to ensure this is to move from a logic of obligation of means – a logic that has prevailed until now – to a logic of obligation of result. In concrete terms: farmers are remunerated for their additional efforts that have a real environmental impact on the ground. This is the direction taken by the European Commission in its proposal for the next programming period of the CAP.

There are many concerns about the obligation of results

There are many concerns with this orientation, as the obligation of results is perceived by many as a complex and costly method to implement. Are farmers going to have to set up sensors on all farms, carry out soil analyses of all the plots in Europe and, as a result, suffer the explosion of monitoring costs for CAP funding? It’s not.

Indeed, the analysis of current and potential future CAP environmental instruments carried out by the CarbonThink project shows that instruments with an obligation of result – such as carbon certification schemes to compensate farmers for the carbon stored and emissions avoided – are not necessarily more complex and costly to put in place. And also, that we must beware of the dichotomy, intellectually interesting but misleading in reality, between the obligation of means and the obligation of result.

In fact, in matters of climate, we should rather speak of an obligation of means on the one hand and an “obligation to estimate the climate impact” on the other. Indeed, the actual result is rarely measured directly, it is estimated with more or less uncertainty. For example, in order to remunerate the carbon stored in agricultural soils, carbon certification frameworks will rarely require a soil analysis, but rather propose biogeochemical models to estimate storage based on a number of intermediate variables such as soil organic matter inputs or the level of tillage. There is in fact a continuum between the simple obligation of means and the measurement of direct impact, a continuum on which the various instruments are placed.

This being said, instruments that are more oriented towards the obligation of result are not necessarily more costly than the obligation of means. Current AECM are therefore more expensive to develop and administer than carbon certification frameworks. They define the method for assessing the environmental impact of a set of practices but leave it up to farmers to choose the most relevant practices on their farms, when AECM requires thousands of different specifications, each with obligations of means specific to a local context and issues. In terms of cost and complexity, it is the “genericity” of the system that is important: it allows the costs of design and administrative follow-up to be spread over a large number of farmers.

Performance-based instruments are effective, but they are not the only ones

Being simple is a good thing, being effective in accelerating the transition to more sustainable agriculture is essential. Instruments with performance requirements are effective, but they’re not the only ones. While the effectiveness of certain means-oriented instruments is criticised and questioned, it should not be generalised. Funding for conversion to organic farming, for example, is considered to be very effective and is treated as an obligation of means: the specifications require the use of chemical inputs to be abolished but do not require an assessment of the resulting environmental or health impact. The main determinants of the effectiveness of an instrument are its level of ambition and the obligation to demonstrate improvement compared to a baseline. Organic conversion support and carbon certification frameworks have such determinants since they reward, in one case the switch from conventional to organic, and in the other case the emissions reductions and additional carbon sequestration compared to an initial situation.

While we must be wary of the terms used, misleading dichotomies and simplifying generalities, the fact remains that the Commission’s willingness to use new instruments geared towards the obligation to achieve results is good news. Let’s not be afraid of its complexity or cost. This path, reaffirmed by the Commission’s “Farm to Fork” strategy in which it proposes to remunerate farmers for the carbon stored, must be explored if the CAP is finally to rise to the climate challenge. 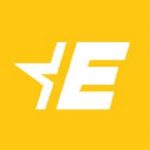