I4CE, Enerdata and IFPEN published a policy brief on the reform of the EU ETS for the post-2020 period. Indeed, a window of opportunity to reform the EU ETS is currently open but is closing soon: the EU ETS directive is currently being revised for its Phase IV (2021-2030), and trilogue negotiations between EU institutions, started in April 2017, will probably succeed in the fall.

This policy brief was produced within the framework of the research program COPEC II and provides a synthesis of key results from a report that will be published later in September 2017. 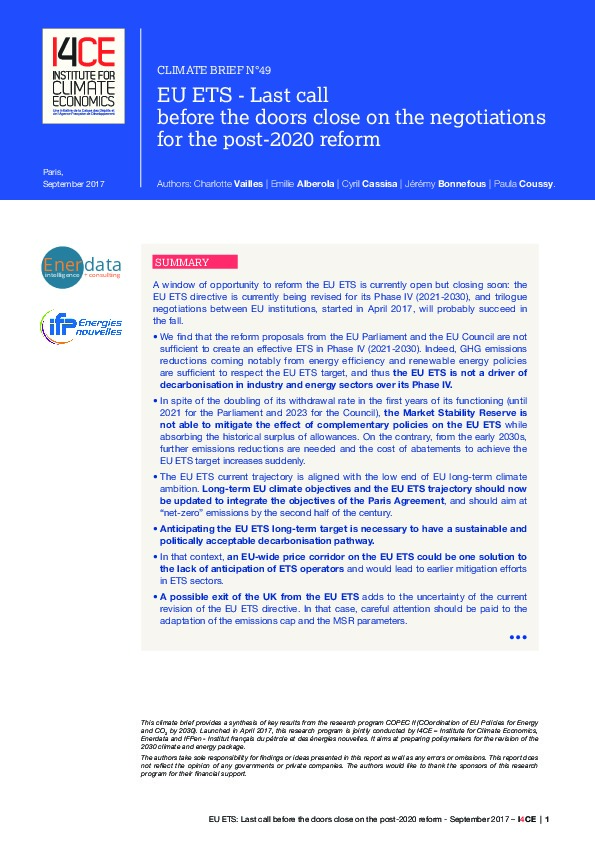