France is by no means the only country with difficulties – that is an understatement – in introducing an accepted carbon tax. And not the only one to have taken up the challenge of a public policy leading to higher energy prices for households and businesses. In 2018, the World Bank identified 29 countries or provinces that had a carbon tax. There were also 28 carbon markets around the world, and that’s not counting the countries that have significantly reduced their fossil fuel subsidies.

How have these countries managed to raise energy prices while addressing the social and economic challenges that this raises? How did they use the additional tax revenue to do this? What lessons can we try to draw for France?

To answer these questions, I4CE, the Institute for Climate Economics analysed ten countries from four different continents that have tackled the challenge of putting a price on carbon and, more generally, of increasing in energy prices.

Foreign experiences will not tell France what to do. There is no magic formula. However, there are three lessons for France’s carbon tax.

Given its own political context, marked by some mistrust of taxes and a need for protection of the middle and working classes, France has three options for using carbon tax revenues. Those options, detailed in the report, all consist in “returning the money” one way or another, and to return it by wearing a special attention to low-income households.

The full report is available in French on the following link: 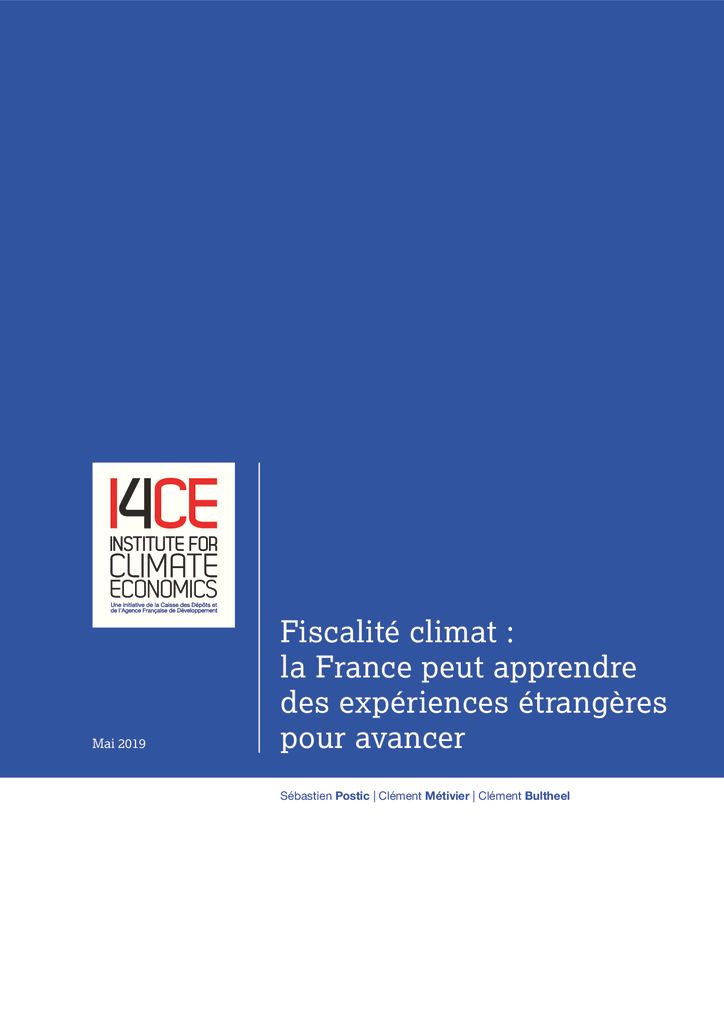 Project Manager – Industry, Energy and Climate Email
Related projects See all projects
To learn more See all publications
Press contact Amélie FRITZ Head of Communication and press relations Email
Subscribe to our mailing list :
I register !
Subscribe to our newsletter
Once a week, receive all the information on climate economics
I register !
Fermer