On the mobilization of non-state actors for the climate action

Heading towards the 2015 Paris international Climate Conference (COP21), I4CE, in partnership with ADEME, the French Environment and Energy Management Agency, publishes a ClimasCOPe # 4 aiming to shed some light on the challenges of international climate negotiations. 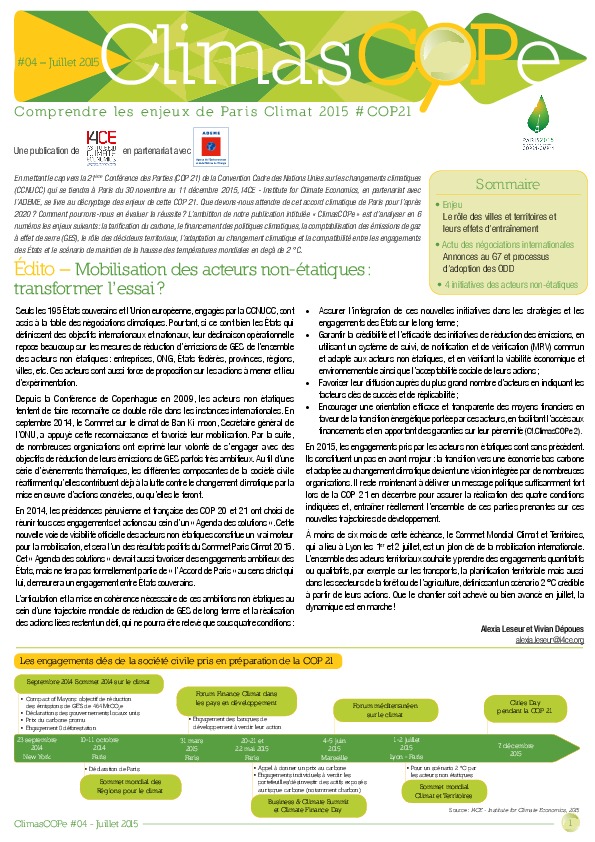 Project Manager - Climate investment Email
To learn more See all publications
Press contact Amélie FRITZ Head of Communication and press relations Email
Subscribe to our mailing list :
I register !
Subscribe to our newsletter
Once a week, receive all the information on climate economics
I register !
Fermer