The disaster in Fukushima on March 11th 2011 led to a renewed questioning on nuclear power in a number of European countries, including Germany. On July 8th, the German Parliament approved the shutdown of all of the country’s nuclear reactors by 2022. Given that nuclear electricity generation does not emit any CO2, we expect this decision to increase German emissions from electricity generation from 324 to 468 MtCO2 by 2020, which will lead to a rise in the price of European CO2 allowances (EUA). 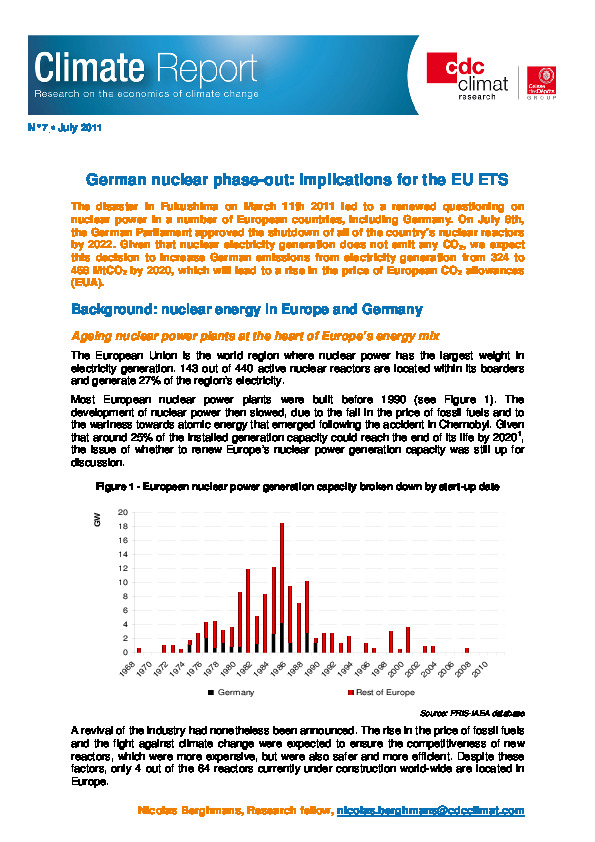 German nuclear phase-out: Implications for the EU ETS pdf
To learn more See all publications
Press contact Amélie FRITZ Head of Communication and press relations Email
Subscribe to our mailing list :
I register !
Subscribe to our newsletter
Once a week, receive all the information on climate economics
I register !
Fermer