The final rules for the Californian allowance trading scheme initiative, which was agreed in December 2010, were voted on October 20th 2011. As from 2013, this new carbon market, which covers 85% of Californian emissions, is expected to enable the State to return to its 1990 emissions level by 2020. It will be a life-size test for the implementation of economy-wide carbon pricing policies in the United States. 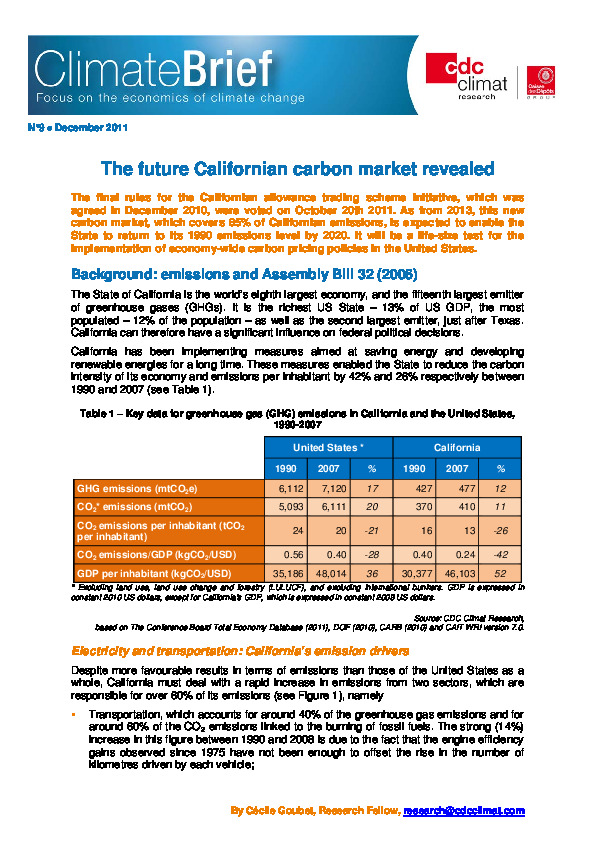 The future Californian carbon market revealed pdf
To learn more See all publications
Press contact Amélie FRITZ Head of Communication and press relations Email
Subscribe to our mailing list :
I register !
Subscribe to our newsletter
Once a week, receive all the information on climate economics
I register !
Fermer