What is the One Planet Lab?

The One Planet Lab meets for the first time on Monday, March 4, in Paris. But what is this Lab? I4CE, which together with IDDRI is in charge of the scientific secretariat of the Lab, provides some basic answers.

In December 2017, following the announcement by the United States of its withdrawal from the Paris Agreement, France organized the One Planet Summit with the United Nations and the World Bank. A high-level summit during which many financial actors – development banks, sovereign funds, insurers, etc. – made commitments to finance the fight against climate change. 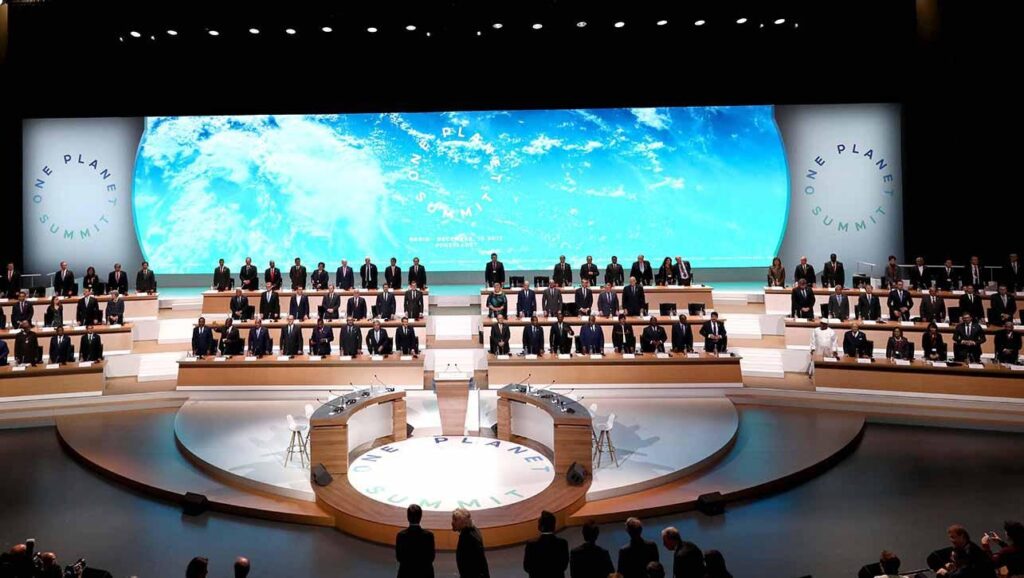 During the second edition of the One Planet Summit, in New York in September 2018, the One Planet Lab was created. Led by the French government, which has provided a team to coordinate the work, this network of high-level experts is intended to propose new ideas and new concrete commitments to accelerate the ecological transition. This network should enrich the future One Planet Summits… but also the other key moments on the international agenda: G7, the United Nations Climate Summit, COP.

The One Planet Lab focuses on four priorities: climate, oceans, biodiversity and financing the ecological transition. In 2019, these four priorities are divided into 9 working groups ranging from combating plastic pollution to financing sustainable infrastructure and greening the Bretton Woods institutions.

Each group is led by several high-level experts from academia, civil society and industry, including Joseph Stiglitz, Emmanuel Faber, Pavan Shukdev and Laurence Tubiana, and the scientific secretariat of the Lab is provided by I4CE and IDDRI.

– Ensure the resilience of marine ecosystems

– Expand the coalition for carbon neutrality

– Food and land use for ecosystem conservation

– Towards a green Bretton Woods

– Generalize the implementation of TCFD recommendations

– Accelerate the financing of sustainable infrastructure.