For local governments, it is when expenditures are debated that it is possible to question them and to channel them towards the climate transition. That’s why I4CE and its partners co-constructed a common and shared methodology to assess a local budget according climate issues. More information on this project is available at this link.

Assessing adaptation in the local budget means to evaluate the level of progress of the local government in taking adaptation into account. The technical appendix on adaptation gives some first methodological points and explains how to implement this reporting in 3 steps.

Realizing this analysis gives lisibility on the efforts that have to be made and to better steer the actions of local governments in favour of adaptation.

For the entire method « climate assessment of local budgets », please find available: a methodological guide (available in English), a technical appendix on mitigation (in French), a technical appendix on adaptation (in French) of climate change. These documents are available for all local governments that want to launch a climate assessment of their budget.

In this appendix on adaptation, you will find: 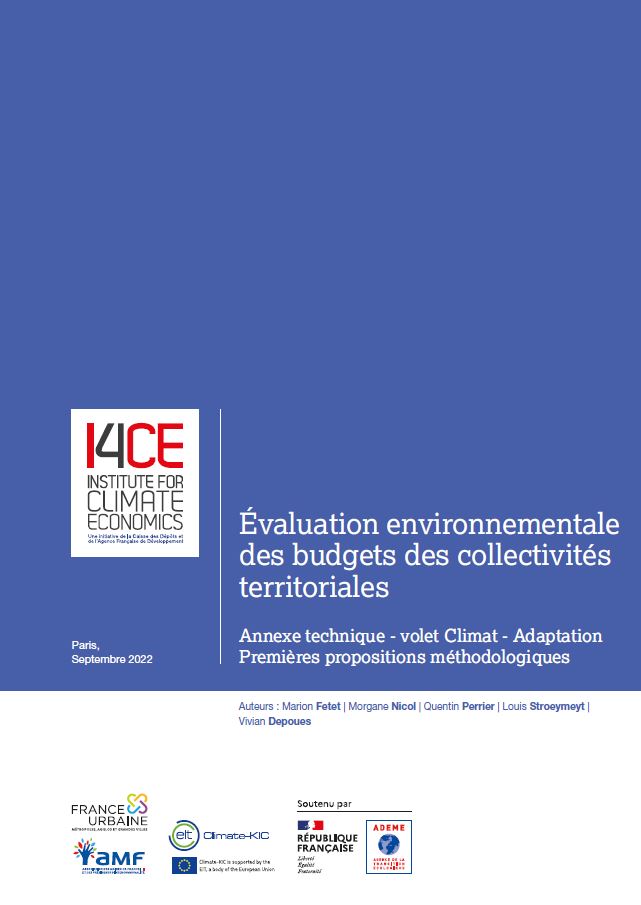