In a general context of higher carbon prices and with a growing interest from companies to finance local emissions reductions projects, several European countries have started developing their own domestic carbon certification standards since the early 2010s. This study provides an overview of existing standards and of the obstacles they must overcome, as well as ideas for their future development. It notably highlights several topics on which the various European standards could collaborate.

What is the current situation?

What are the challenges faced by carbon domestic standards and the solutions implemented?

What are the perspectives?

This study is part of a project led by I4CE with the EIT Climate KIC, which aimed at enhancing result-based payments for agriculture and forestry projects in Europe, especially by facilitating the emergence of a European movement on voluntary carbon markets. A part of this project especially focuses on developing cooperation between the existing carbon certification schemes in Europe. This study was also co-funded by the French Environment and Energy Management Agency. 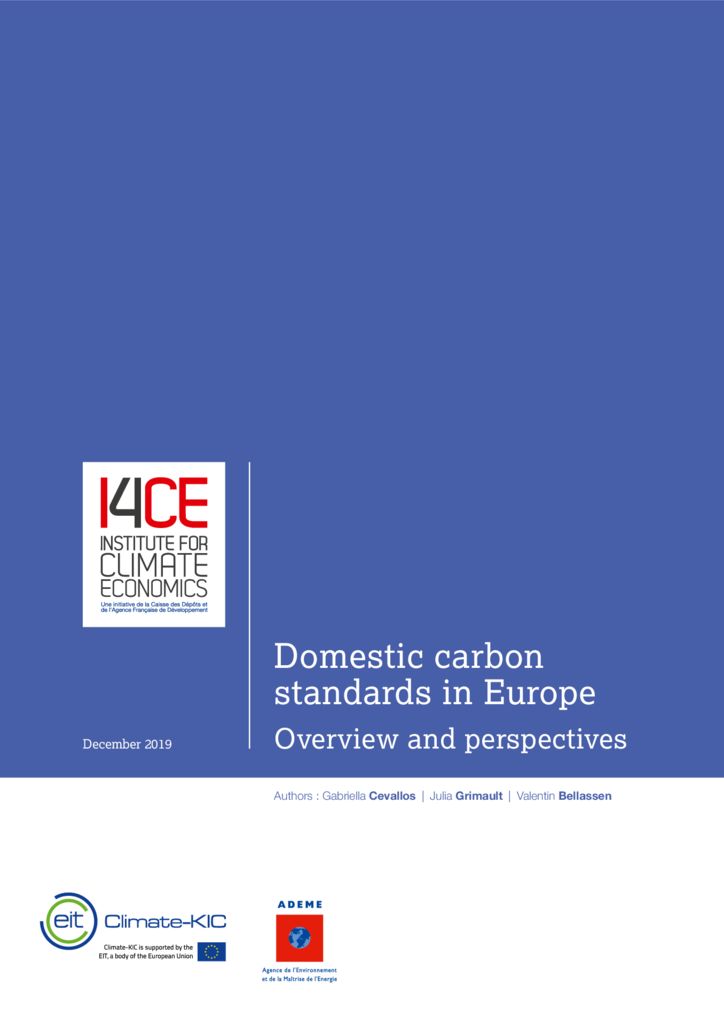