Full report “EU ETS: last call before the doors close on the negotiations for the EU ETS reform”

A new report analyses the reform proposals for the EU Emissions Trading System (EU ETS) which are under discussion in the trilogue negotiations between EU institutions, as well as other possible evolutions of the EU ETS in its Phase IV (2021-2030).

One day before the trilogue meeting between EU institutions, the window of opportunity to reform the EU ETS is about to close, with the conclusion of negotiations between the EU Parliament, the Council and the Commission. I4CE-Institute for Climate Economics- and Enerdata, in collaboration with IFPen demonstrate in a new report that the EU ETS reform, given the EU Parliament and the EU Council proposals, will not be sufficient to make it a driver of decarbonisation in energy and industry sectors by 2030.

The report “EU ETS- Last call before the doors close on the negotiations for the EU ETS reform” provides an assessment of the EU Parliament and EU Council’s reform proposals, adopted in February 2017. The report looks into greenhouse gases (GHG) emissions reductions, the cost of necessary abatements, the functioning of the Market Stability Reserve (MSR) and the framework of free allocation to industries. Furthermore, the report analyses the impacts of an exit of the UK from the EU ETS, as well as the possible introduction of a price corridor on the EU ETS.

The report demonstrates that:

1. EU Parliament and EU Council’s reform proposals to strengthen the EU ETS fail to make it a driver of decarbonisation in energy and industry sectors over its Phase IV (2021-2030).

3. In that context, an EU-wide price corridor on the EU ETS could be one solution to the lack of anticipation of ETS operators and would lead to earlier mitigation efforts in ETS sectors.

4. A possible exit of the UK from the EU ETS adds to the uncertainty of the current revision of the EU ETS directive. In that case, careful attention should be paid to the adaptation of the emissions cap and the MSR parameters.

5. The framework for free allocation to prevent carbon leakage risks in industrial sectors is a focal point in the negotiations on the EU ETS reform. The proposals of the Council and the Parliament on the EU ETS reform will probably result in a Cross-Sectoral Correction Factor (CSCF) triggered at the end of Phase IV, under conservative assumptions for benchmark decrease rates in major sectors covered by the EU ETS -refinery, cement, aluminum, steel. This factor adjusts the total free allocation for eligible installations to the EU free allocation cap.

7. With an harmonization over the EU ETS of the compensation of indirect costs in electro-intensive sectors, around 24% of EUAs auctioning volumes would be required over Phase IV to compensate indirect costs in the main eligible sectors.

8. The EU ETS needs to be assessed along with other climate and energy policies. The negotiations on other pieces of the 2030 climate and energy framework, and in particular on the proposed regulation on the Governance of the Energy Union, thus appear as an opportunity to create an ambitious and consistent policy mix, and to manage the interactions between the different policy instruments. 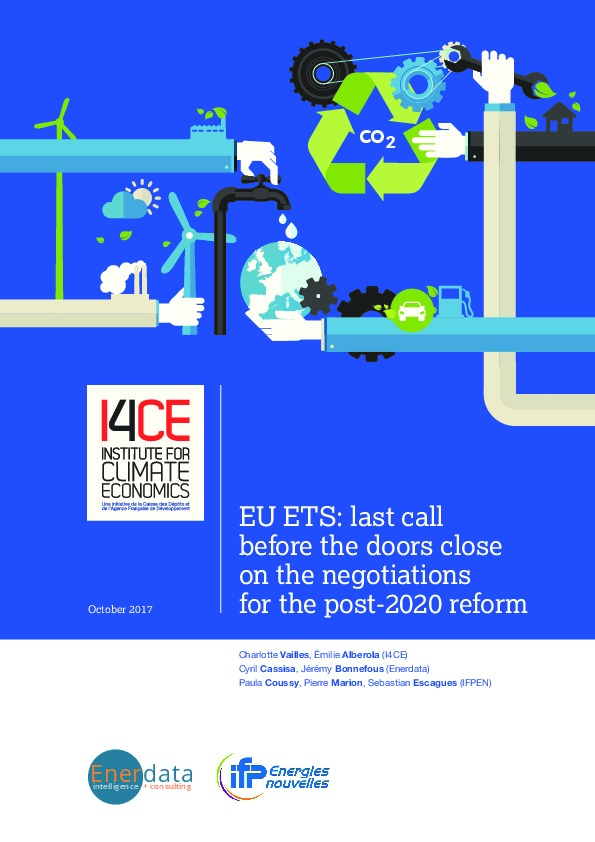