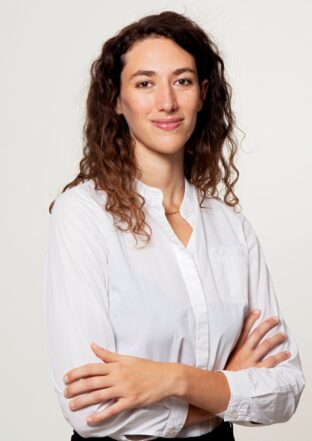 Julie joined I4CE in 2018 and works as Project Manager on financial regulation and climate change.
Her research interests focus on the integration of climate change issues into prudential regulation and supervision of banks and financial markets. As such, she is a member of the Climate and Sustainable Finance Commission of the French market supervisor (Autorité des Marchés Financiers). She also follows more broadly the issues related to green and sustainable finance as well as the analysis of climate risks for financial actors. Julie also teaches at the Ecole Nationale des Ponts et Chaussées.

Graduate of a Master’s degree in International Affairs and Environmental Policy at Sciences Po, she previously worked at the French National Assembly, at a consulting firm and at the French Ministry of the Environment, where she was co-rapporteur of the report French strategy of green finance.