The 2019 Edition of I4CE’s Landscape of Climate Finance provides an overview of the investments made by governments, households and businesses in support of the French government’s climate-related objectives.

The 2019 edition of the Landscape reveals that climate investments exceeded 45 billion euros in 2018 in France. These investments were made by households, public authorities and companies in sectors such as construction, renewable energies and sustainable mobility. The energy transition now accounts for one-twelfth of the country’s total annual investments.

The trend observed since 2014 is confirmed: climate investments are increasing. This increase has even accelerated since 2017, in a context of exceptionally low interest rates and rising fossil fuel and carbon prices.

The draft French National Low-Carbon Strategy (SNBC) and Multi-Year Energy Program (PPE) released in 2018 and 2019 set a new path for reducing greenhouse gas emissions. However, by the end of the five-year period (2019-2023), an additional €15-18 billion of investment must be mobilised per year to meet the investment trajectory needed to achieve the second carbon budget (2019-2023). Furthermore, it will not be enough to make new sources of financing available: to trigger these investments, their profitability and applicable national regulation are both crucial.

Investments will mainly have to increase in housing renovation, low-carbon vehicles, renewable energies, public transport and cycling infrastructure. In the rail network and the construction of efficient housing, the challenge will be to maintain current investment levels.

Public authorities – State, local authorities, public financial institutions – are increasingly involved in financing climate investments and will need to do more in the future. If the current financing model remains unchanged, government authorities will have to mobilize an additional $7-9 billion per year by 2023.

At the same time, achieving carbon neutrality means stopping investments lock us into continued high levels of greenhouse gas emissions. In France, climate-adverse fossil fuel investments exceeded 67 billion in 2018. Theses were concentrated in transport, mainly concerning passenger vehicles: emissions per kilometre increased in 2018 due to the increase in sales of petrol vehicles and SUVs. In 2018, for every low-carbon car sold, more than 40 cars with high CO2 emissions were put into service.

I4CE’s Landscape of Climate Finance is carried out with the technical and financial support of the ADEME, the French Ministry of Ecological and Solidarity Transition and the European Climate Foundation. 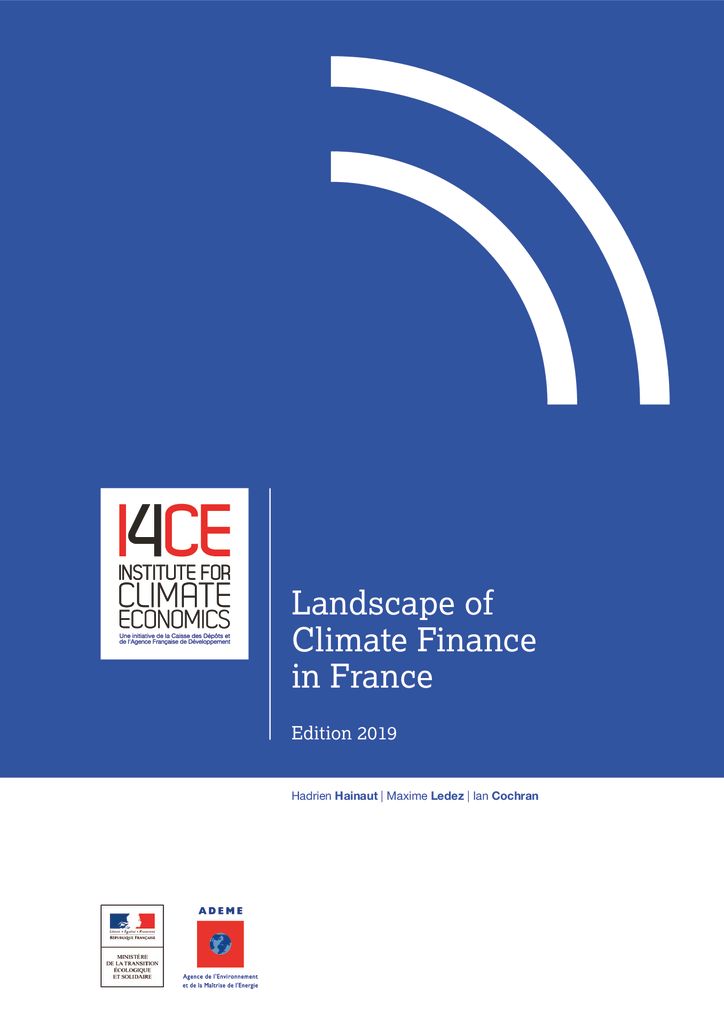