As project initiators, households invested more than private companies and the public sector. However, their own funds only covered 52% of their total investment. Other financing sources are comprised of grants, subsidies and transfers, for 11%, and bank loans, for 27%.

51% of total climate finance is public-driven

Public-driven finance may not all be from public budgets. For example, they can be mobilized in direct transfer schemes between private actors or via concessional debt programs where private funds are combined with public support.

This is the gap between current climate investments recorded in the Landscape and estimates of needs in the National Low-Carbon Strategy (SNBC, available in French here). Further investment needs are concentrated in housing retrofitting and renewable power generation. In a context of limited public finance capacity, engaging private finance is thus essential.

You can download the results of the 2015 Edition of the Landscape: 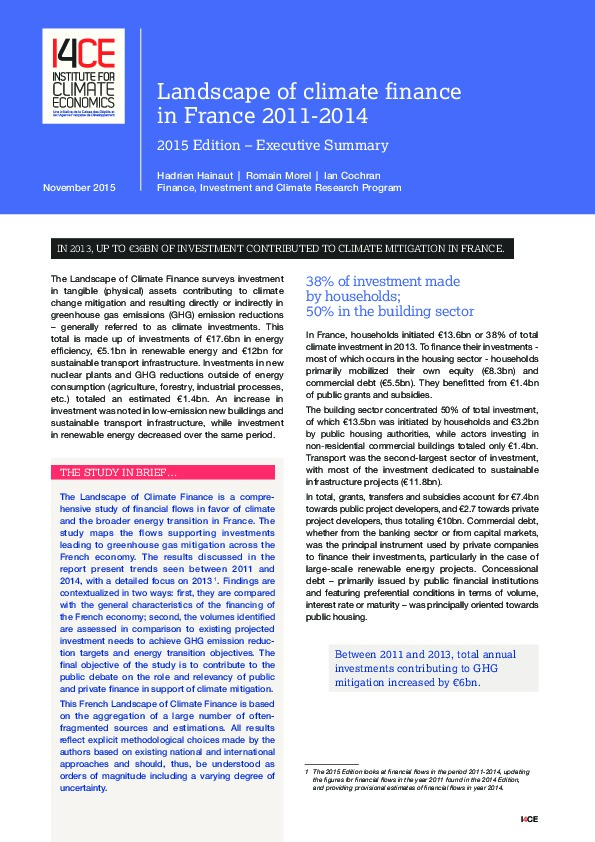