To better understand the financing of the fight against climate change and the energy transition, the study identified investments that contribute to the reduction of greenhouse gas emissions in France. These expenditures are analyzed to identify which actors have undertaken these projects and how they are financed.

The 2017 edition of the study identified up to 32 billion euros invested in climate areas in France each year between 2013 and 2016. To give an order of magnitude, this represents about 10% of material investments in France this year. This total includes:

Added to this are 2.1 billion euros in nuclear energy and the reduction of non-energy related emissions.

If private actors make the majority of investments, 52% of funding is led by the public sector

The majority of investments were made by private project developers: households, investing 33% or 10.8 billion euros, and businesses 9.8 billion euros, or 31% of the total invested in 2016. However, just over half of the funding mobilized to make investments are linked to public actions and incentives. From 2011 to 2015, the proportion of funding driven by the public sector increased from 48% to 52% of total investments. 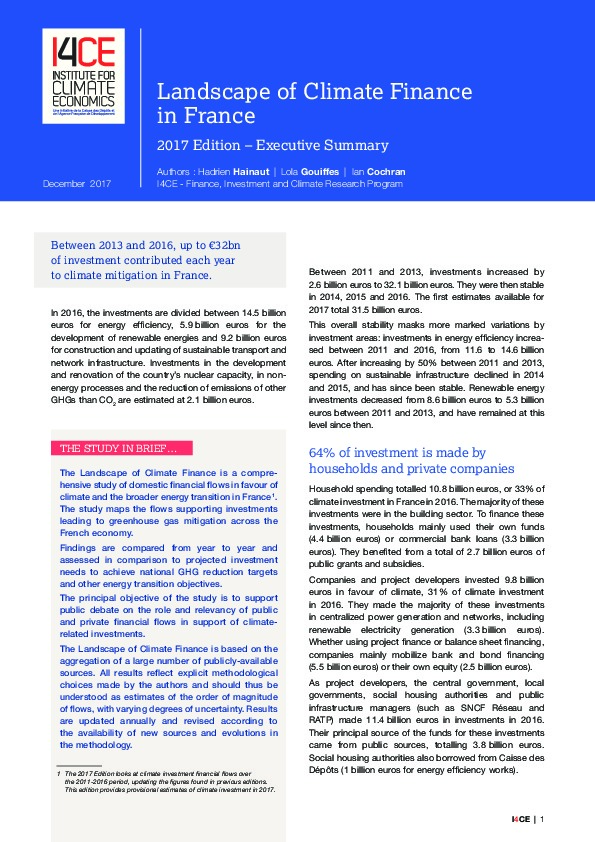